As a musician, Rob Zombie has sold over fifteen million albums worldwide to date. His last studio album was the long-awaited Hellbilly Deluxe 2. The album came a decade after its predecessor, Hellbilly Deluxe, the album that established Zombie as a solo artist after the breakup of multi-platinum group White Zombie. That triple-platinum album also yielded a string of successful radio singles, namely “Dragula” “Superbeast” and “Living Dead Girl,” which dominated the airwaves.

Zombie’s unique voice has gained him unparalleled recognition across the multiple mediums. A over the last decade, he’s segued his musical success into a thriving filmmaking career. Zombie’s most recent cinematic feat, The Lords of Salem (2013), was produced in association with Jason Blum, Steven Schneider, Oren Peli (Insidious, Paranormal Activity franchise), and Andy Gould. He’s had evident box office success with his re-imagining of John Carpenter’s Halloween in 2007, which premiered at #1 at the box office, breaking all Labor Day Weekend records and grossing over $80 million dollars worldwide. Having breathed new life into the Halloween franchise, he also helmed Halloween 2 (Dimension), in August 2009. Prior to that, Zombie wrote and directed the 2004 cult favorite House of 1000 Corpses (Lionsgate) and its companion, 2005’s critically acclaimed The Devil’s Rejects (Lionsgate). Zombie also added a twisted, R-rated animated feature to his roster, The Haunted World of El Superbeasto (Starz), based on his own comic book series.

For the past two decades Zombie has also directed dozens of music videos, having lensed tracks for fellow metal superstar Ozzy Osbourne, Powerman 5000, and others. He contributes material to dozens of soundtracks and isn’t afraid to push boundaries and ignore the parameters when it comes to the both the audio and visual mediums. He won the 1995 MTV Music Video Award for White Zombie’s ‘More Human Than Human,’ making history by becoming the first self-directed artist to pick up the award.

Zombie also dominated the touring world over the last year, blowing away audiences on the road with Megadeth, then with Marilyn Manson for the “Twins of Evil Tour.” Zombie and his band of maniacs – John 5/guitar, Piggy D/bass and drummer Ginger Fish – also brought their elaborate, multi-media production, complete with hair-raising theatrics, animatronic robots, oversized LED screens, to headline the Rockstar Mayhem tour. The show received great reviews, as a non-stop collage of psychotronic monster film clips, a spectacular light show, a gigantic robot with flames shooting out of its body, pyrotechnics, insane guitar riffs and vicious beats to audiences and festivals around the world.

When it comes to any artistic feat or endeavor, leave it to Rob Zombie to accomplish what appears on paper to be nearly impossible.

Loudwire are holding their 3rd Annual Music Awards for Best Live Act of 2013 and Rob Zombie has been nominated.  Loudwire’s awards are dedicated to ten artists who have in […]

END_OF_DOCUMENT_TOKEN_TO_BE_REPLACED

The Lords of Salem has topped a list of top horror movies of 2013, compiled by Sound on Sight. The online magazine calls Zombie’s 2013 movie his “most patient and […]

END_OF_DOCUMENT_TOKEN_TO_BE_REPLACED

Rob Zombie will be joining Megadeth for a co-headliner in Switzerland at the Eishalle Wetzikon, on 28 June 2014. This adds to Zombie’s growing 2014 itinerary, which includes many mainland Europe […] 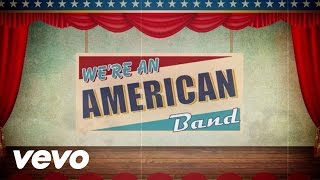 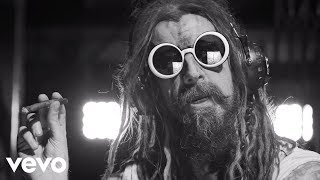